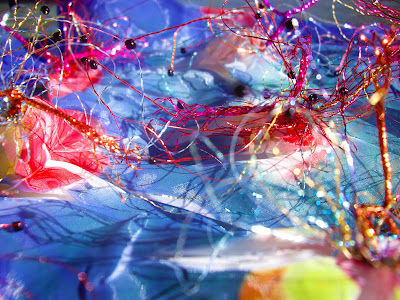 'Mnemosyne, the rememberer, was the Muse of the epic art among the Greeks. [...]

Memory creates the chain of tradition which passes a happening on from generation to generation. It is the Muse-derived element of the epic art in a broader sense and encompasses its varieties. In the first place among these is the one practiced by the storyteller. It starts the web which all other stories  together form in the end. One ties on to the next, as the great storytellers, particularly the Oriental ones, have always readily shown. In each of them there is a Scheherazade who thinks of a fresh story whenever her tale comes to a stop.'