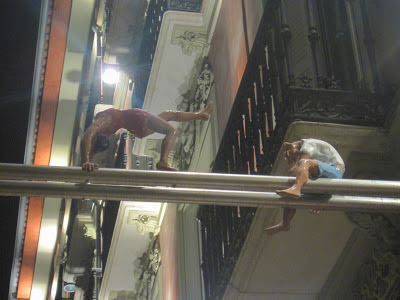 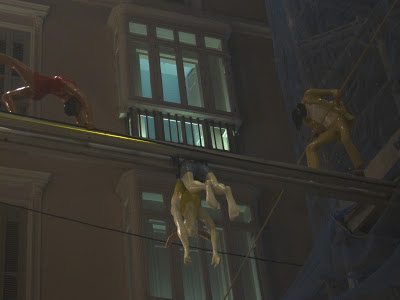 ‘Plato thought not only that Hermes invented language but that he did so in relation to “bargaining,” which implies that a prime site of linguistic invention is the marketplace, another place where we are likely to meet strangers with strange goods, and, crossroads-wise, find ourselves forced to articulate newly.
Moreover the market at the crossroads may be a metaphor for metaphor itself, or for any original speech, the linguistic flowers that sprout at the crossroads of the mind. The mind articulates newly where there is a true coincidence, where roads parallel and roads contrary suddenly converge. This world is suffused with time and space, and therefore fresh speech is always appearing, always being invented. The world is teeming, so mind is teeming, so speech is teeming. There is no end to contingency, and so no end to language.'

'The Hebrew story of the Tower of Babel is about the loss of an original unitary and divine language, and it is background for much discussion of both translation and prophecy. Some say both translator and prophet hope to recover that original language and so get to a real sense of things behind the current noise. The standard prophetic tradition imagines a kind of bard who is able actually to enter again the Golden Age and speak without interference from the noise of time, uttering essential truths in an essential language. […] The prophetic trickster points towards what is actually happening: the muddiness, the ambiguity, the noise. They are part of the real, not something to be filtered out. Many messages arrive simultaneously, each in a different tongue. Inexhaustible meaning, inexhaustible language, inexhaustible world, it’s all the same.'