The space of language 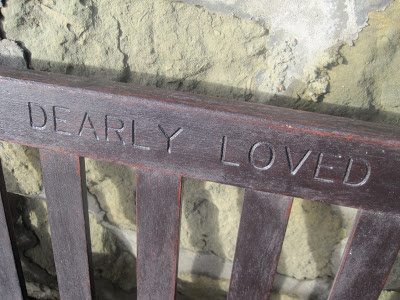 'Speech leaves no mark in space; like gesture, it exists in its immediate context and can reappear only in another's voice, another's body, even if that other is the same speaker transformed by history. But writing contaminates; writing leaves its trace, a trace beyond the life of the body. Thus, while speech gains authenticity, writing promises immortality, or at least the immortality of the material world in contrast to the mortality of the body. Our terror of the unmarked grave is a terror of the insignificance of a world without writing. The metaphor of the unmarked grave is one which joins the mute and the ambivalent; without the mark there is no boundary, no point at which to begin the repetition. Writing gives us a device for inscribing space, for inscribing nature: the lovers' names carved in bark, the slogans on the bridge, and the strangely uniform and idiosyncratic hand that has tattooed the subways. Writing serves to caption the world, defining and commenting upon the configurations we choose to textualize. If writing is an imitation of speech, it is so as a "script," as a marking of speech in space which can be taken up through time in varying contexts. The space between letters, the space between words, bears no relation to the stutters and pauses of speech. Writing has none of the hesitations of the body; it has only the hesitations of knowing, the hesitations which arise from its place outside history - transcendent yet lacking the substantiating power of context.'