'hope is not for the wise' 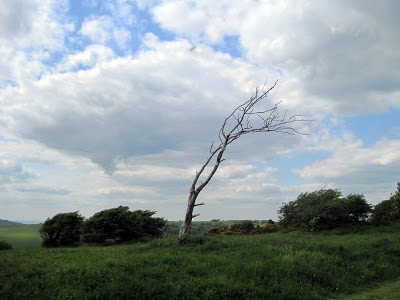 Hope is not for the wise, fear is for fools;
Change and the world, we think, are racing to a fall,
Open-eyed and helpless, in every newscast that is the news:
The time's events would seem mere chaos but all
Drift the one deadly direction. But this is only
The August thunder of the age, not the November.
Wise men hope nothing, the wise are naturally lonely
And think November as good as April, the wise remember
That Caesar and even final Augustus had heirs,
And men lived on; rich unplanned life on earth
After the foreign wars and the civil wars, the border wars
And the barbarians: music and religion, honor and mirth
Renewed life's lost enchantments. But if life even
Had perished utterly, Oh perfect loveliness of earth and heaven.
Robinson Jeffers
Posted by Solveigh Goett at 07:53