'dreams wandering in the daylight' 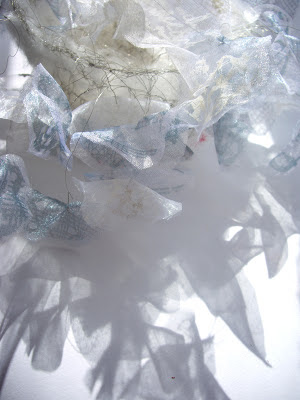 'If we ask why men are so blind, seeking their welfare thus through incessant evil, Aeschylus will tell us that the cause lies in the infection of old sin, old cruelty. There is no doubt somewhere a [Greek: prôtarchos hAtê ], a "first blind deed of wrong," but in practice every wrong is the result of another. [...]
This awful conception of a race intent upon its own wrongs, and blindly groping towards the very terror it is trying to avoid, is typified, as it were, in the Cassandra story. That daughter of Priam was beloved by Apollo, who gave her the power of true prophecy. In some way that we know not, she broke her promise to the God; and, since his gift could not be recalled, he added to it the curse that, while she should always foresee and foretell the truth, none should believe her. The Cassandra scene is a creation beyond praise or criticism. The old scholiast speaks of the "pity and amazement" which it causes. The Elders who talk with her wish to believe, they try to understand, they are really convinced of Cassandra's powers. But the curse is too strong. The special thing which Cassandra tries again and again to say always eludes them, and they can raise no finger to prevent the disaster happening. And when it does happen they are, as they have described themselves, weak and very old, "dreams wandering in the daylight."'